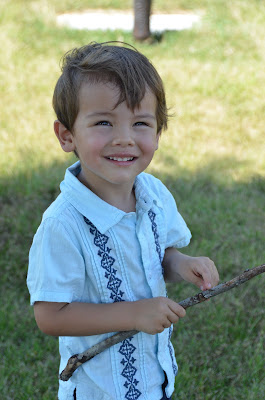 Chase's follow up meeting for the 48hour EEG was this morning...

As I settled in with my mom and the kids to hear the news, our doctor started off saying that he was surprised by the findings.

I thought to myself 'oh no, he is having hundreds of seizures a day, and I don't even know it.' But that was not the case. In the span of those 48 hours, there were
absolutely.
no.
seizures.
(WHAT!?! Really?)

The doctor said that he had never seen someone that has had a Grand Mal seizure, then have a few small seizures on the first EEG, that did not have some type of Epileptic condition. And that Chase still has a 50/50 chance of having something later on.

He said that because of the results, Chase looks completely normal, and that he is not going to give him medicine for something he does not have.

We still need to have keep watch for any other seizure symptoms, call if there is ever anything 'strange' going on that we might think would be a seizure. And we need to take precaution and not allow him to do anything alone or take baths alone in case a seizure would ever happen at that time.

The doctor said that if Chase reaches the end of high school and has never experienced another episode that it would be the first time ever that a child, with Chases seizure history so far, would just stop having the condition. But he gave room to say that it is not out of the realm of possibility, he just has never seen it.

The over all impression that I had was that this doctor, who is probably in his 60's and very experienced in his profession, has never seen a case like this.

And thank you to all the family and friends out there that have been praying for us during this time of stress and a world of unknowns. Prayers, above and beyond hope, have been answered.

I went into the appointment ready to cry at the news, and take home a hefty medical prescription that I would somehow have to force down my little guys throat probably every day (I don't know that for sure, this is only what was in my head). And I walked out with the sense of a huge burden being lifted (my worry and stress) and being in almost shock and outright awe at the results. I can only think that this is a small miracle God has done with Chase. I was so worried about the medications, the long term and short term effects of that medication, the long and short term effects of what having seizures would do to his self image and confidence. And then to sit there and be told that NOTHING would be done, because there was no evidence that anything was really wrong with Chase...

I walked in there with little hope and a lot of worry, and praise my God who takes each sorrow and worry to heart, walked out of there with a renewed sense of awe at what a wonderful, amazing, God we have. I wasn't even asking for a miracle, just a comfort for the things we would likely endure... and God answered us with something better than we even dared to hope.

Yes, my boy is completely normal :) 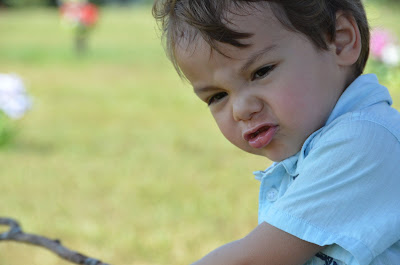 So happy to hear those results!! Thank the lord :-)

Wow, Mel, thats amazing news! Thanks be to God, indeed!

We prayed for him every night. I am so so happy and emotional to hearnthe miracle. We love you and can't wait to see you next month.